Unipune has just announced the revised results for DLLW course exam held in April 2015 on its official site. After looking at the results, we come to know that out of total 363 registered candidates, 336 students were appeared for the exam. Out of those 336, 122 students successfully passed the exam. Means Percentage of passing for appeared candidates is 36.31% and others 63.69% student failed the Diploma In Labour Laws And Labour Welfare exam conducted by Pune University. 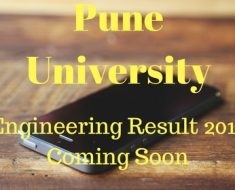